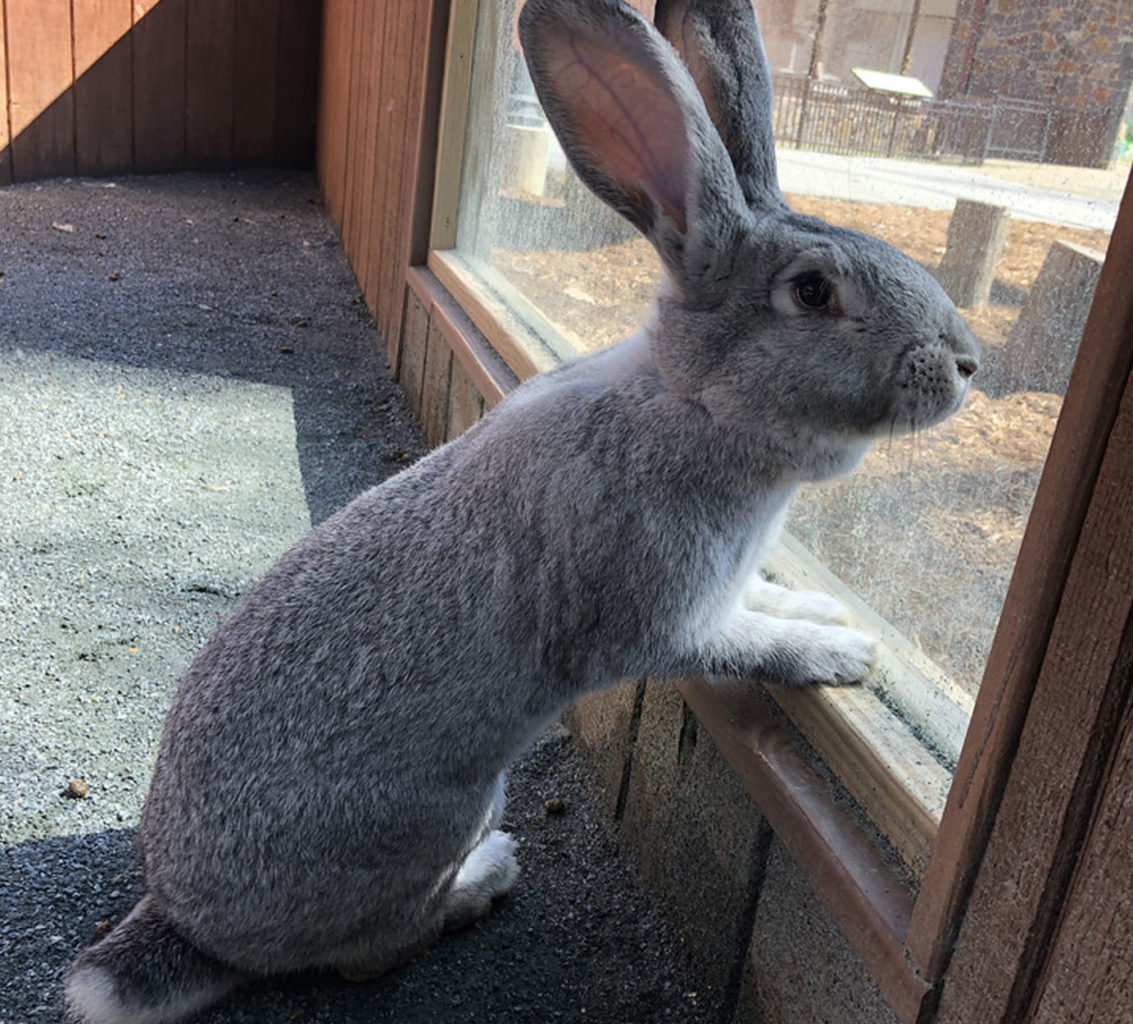 She is named after the national flower of Belgium – the red poppy! The Flemish giant rabbit breed originated from the Flemish region of Belgium in the 16th or 17th century, so Poppy’s name is a call back to the history of her breed.

As a domestic breed, Flemish giants do not face external threats, but their wild counterpart, the wild European rabbit does. Rabbits in general are able to adapt to living in urban environments, but as agriculture and other human activity causes habitat loss, rabbits are often killed as pest animals, hit by cars, or hunted by domestic cats and dogs that have been allowed to roam outside. The European rabbit has become a threat itself in places, such as Australia, where they have become an invasive species.

They are the largest rabbit breed, and in 2010, Guinness World Records awarded a 51-inch Flemish Giant the title of longest rabbit!

Rabbits are lagomorphs, not rodents. The lagomorph group consist of rabbits, hares and pika. They have four incisor teeth, unlike rodents who only have two. However, like rodents, their teeth are always growing!

The Flemish giant breed was first created in Belgium in the 16th or 17th century. They were bred to be as large as they are in order to be used for
their fur and meat.