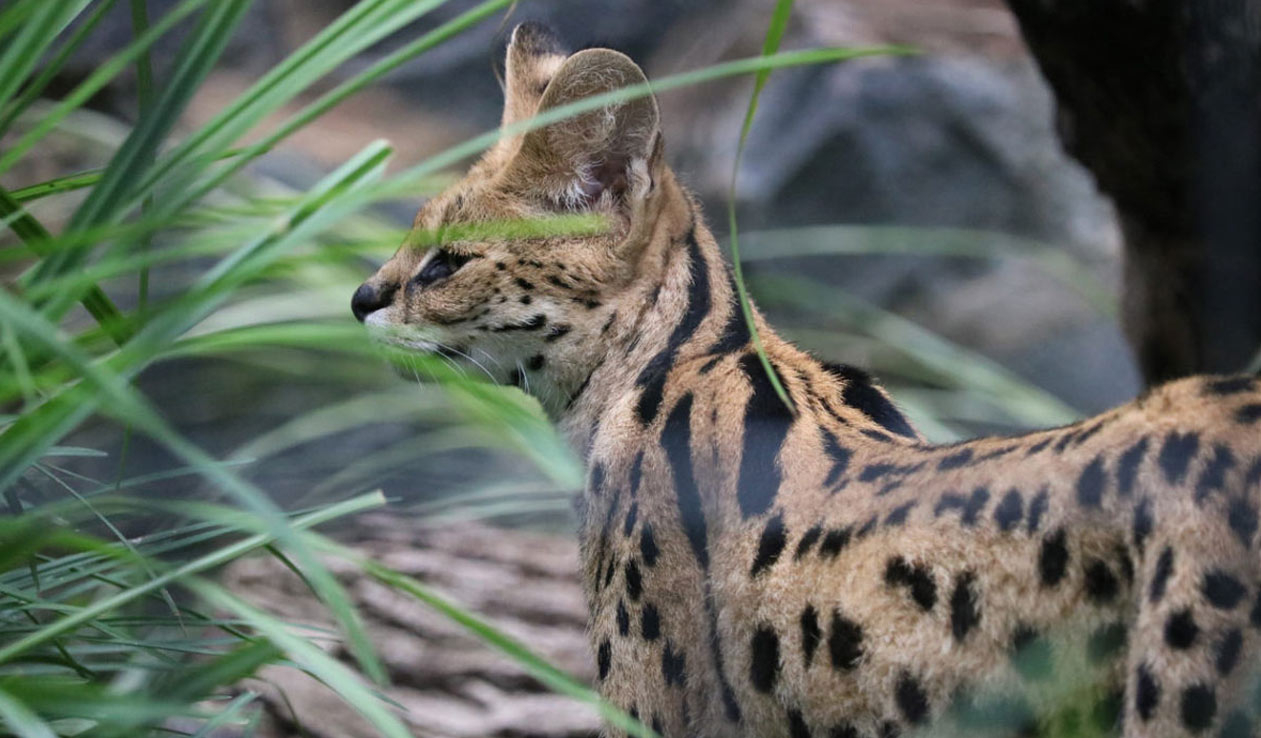 The Brandywine Zoo has one Serval named Savannah. She was born sometime between 2001-2003. Savannah was a confiscated pet from Newark, Delaware.

HABITAT
Well-watered savanna, grassland in North Africa. Although wetlands are preferred, Servals can be found in a range of other habitats including forest, bamboo thickets, marshes and along streams.

GEOGRAPHIC REGION AND RANGE
Mainly sub-Saharan Africa and Saharan desert. Small populations reported recently north of Sahara in Morocco, northern Algeria, and some have been reintroduced in Tunisia.

PHYSICAL DESCRIPTION
Servals have the largest ears and longest legs, relative to their body size, in the cat family. They have remarkably, long legs can constitute much for their height and are used to see over savanna grasses, aiding in prey detection. The ears are rounded with white stripes on the back and they rest on a small, elongate head. The ocelli marking behind the ears are high-contrast marks that are thought to scare off predators by mimicking the eye the predators’ own enemies.

REPRODUCTION
Gestation lasts from 65 to 75 days. One to three young are born per litter. Weaning occurs around four to five months and servals can hunt for themselves at six to seven months.

BEHAVIOR
• Nocturnal, night-active or crepuscular, active at dawn and dusk
• They love to sunbathe, and will often sit reclined with bellies pointed toward the sun.

SOCIAL STRUCTURE
• The serval is  solitary and leads a crepuscular lifestyle- most active in the early mornings and the evening.
• They are highly territorial animals that roam throughout a home-range that is marked with scent such as urine or scratch marks on trees and on the ground.

Their extra-long neck and legs give them the nickname “giraffe cat.”

The large dish-like ears of the serval allow them to sense the vibrations of rodents that are even underground and once detected, the serval will dig its prey out using its sharp claws.

Cubs are blind at birth and weigh only 250 grams. They will open their eyes and double their size in two weeks.

Males mark their territory very frequently, spraying up to 46 times per hour or 41 times per sq. km. Females mark about half as frequently.

“Serval” comes from the Portuguese for lynx (lobo-cerval)

What are AZA Zoos doing for Servals?

Servals are managed by the Felid TAG under a Yellow level SSP. The AZA has started a Population Management Plan (PMP) for the captive management of servals and has established a regional studbook for servals held in North American zoos exists in an attempt to keep genetic viability within the species. As of 2018, 100 servals live in 47 AZA institutions. 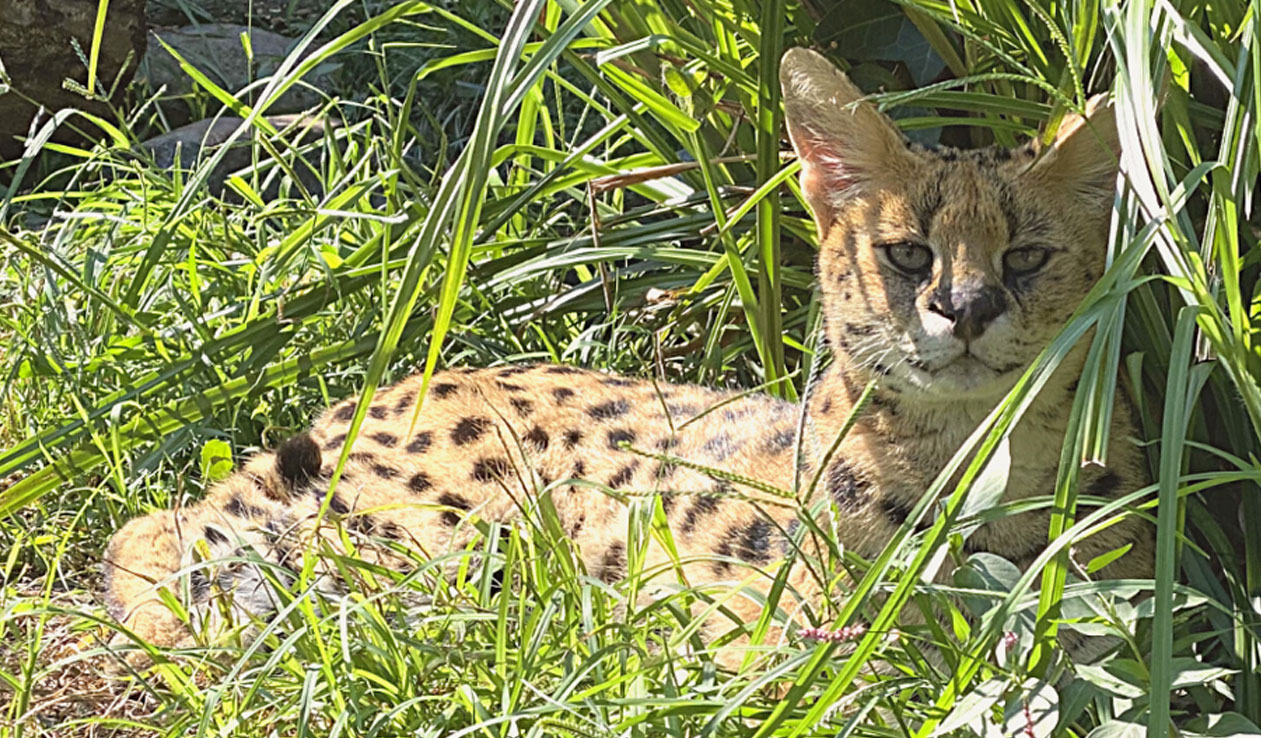 More images of our Serval 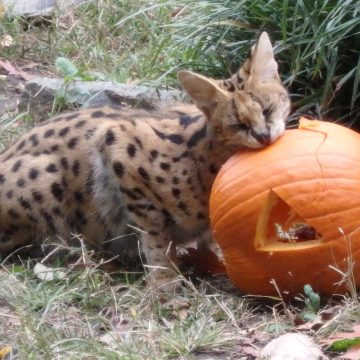 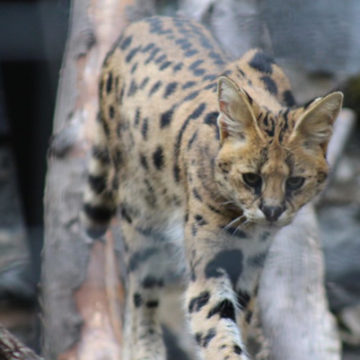 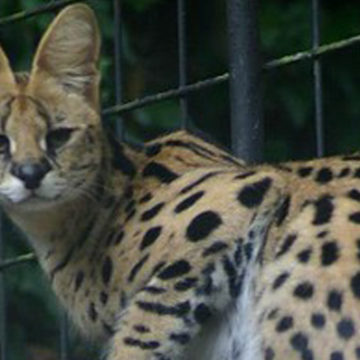 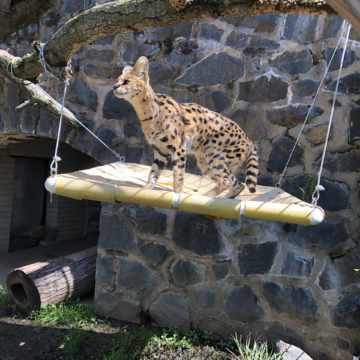 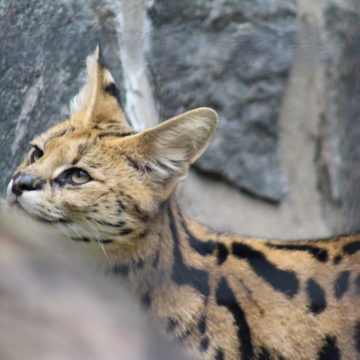 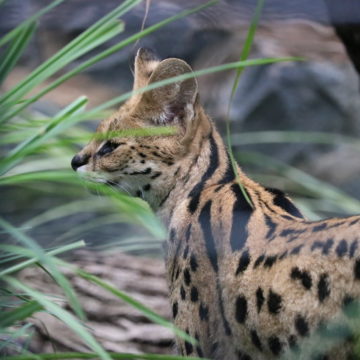