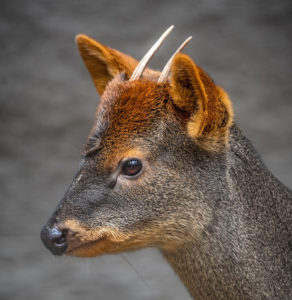 The three-year-old southern pudu male gained fame in 2019 after K-Pop fans donated to name him in honor of a member of the popular group NCT-127. Now that the pudu is a mature adult, he has a new engagement at the Brandywine Zoo to be paired with a potential mate.

Wilmington, Delaware – Celebrity southern pudu male named, “Haechan,” has traveled with an entourage of animal care experts from his birthplace at the Los Angeles Zoo to the Brandywine Zoo in Wilmington, Delaware, where he will be officially introduced to the public in the spring, after a quarantine and acclimation period. The transfer was recommended by the Association of Zoos & Aquariums (AZA) Species Survival Plan (SSP) for the southern pudu, a small deer, whose populations are declining in the wild. The SSP is a collaborative effort among accredited zoos and aquariums to manage animal populations within human care, ensuring that they are genetically diverse, healthy, and sustainable.

Now at sexual maturity, Haechan the pudu has left his parents and siblings for the Brandywine Zoo where a female pudu matched to him awaits.

Since the announcement of his December 2018 birth, the pudu has attracted and energized a global fan base on social media originating from fan posts that thought the small deer looked like Haechan (nee Lee Dong-hyuck), a member of the hugely popular, Korean pop boy band, whose nickname is “pudu.”

The social media frenzy morphed into a fan-driven Facebook fundraiser to name the pudu fawn, Haechan. The fundraiser’s goal was met and surpassed in two-and-a-half hours and a new animal star met his destiny. Not only did the K-Pop group NCT-127 soon visit the L.A. Zoo to see the pudu during their 2019 North America tour – an event that garnered international coverage – but NCT-127 fans regularly travelled to the Los Angeles Zoo to glimpse the famous deer. It is likely that Haechan the pudu will continue to capture the hearts of fans worldwide as he embarks on a new chapter of his life at the Brandywine Zoo.

Haechan the Pudu fans are encouraged to follow #HaechanThePudu (a fan generated Twitter feed) and @Brandywine Zoo on all social media outlets for updates.

“We’re very excited to welcome Haechan,” says Brint Spencer, director of the Brandywine Zoo. “Our animal care staff has worked closely with counterparts at the L.A. Zoo to make sure Haechan’s journey was seamless and safe. We hope we have a potential breeding pair of pudu, as recommended by the SSP, contributing to the pudu population in human care and raising awareness of pudu in the wild.”

Southern pudu are classified as “near threatened” by the International Union of the Conservation of Nature (IUCN), because of pressures on the species due to habitat loss, invasive species, poaching, and pollution, all causing population declines in their native range of Argentina and Chile.

Haechan the pudu, once accustomed to the warm Los Angeles climate, will make his public appearance sometime in Spring 2022 when the weather is warmer in Wilmington, Delaware.

Meanwhile, the Brandywine Zoo will celebrate Haechan the pudu’s third birthday behind the scenes on December 19, 2021 with social media updates for his fans.

The Brandywine Zoo is located at 1001 North Park Drive, Wilmington, Delaware, along the Brandywine River in beautiful Brandywine Park. The Zoo is open to visitors 10 a.m. to 4 p.m. every day (last admission at 3:30 p.m.). Free parking by the river. Check the website for onsite and online events and for visitor instructions. For further information, call 302-571-7747.

The Brandywine Zoo is managed by the Delaware Division of Parks and Recreation with the support of the Delaware Zoological Society. The Brandywine Zoo is a member of the Association of Zoos & Aquariums and is one of 240 accredited zoos and aquariums worldwide that meet the highest standard in animal care and welfare and provide a fun, safe, and educational family experience. 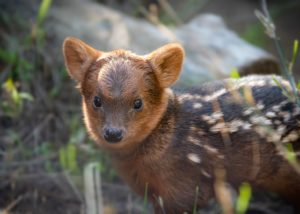 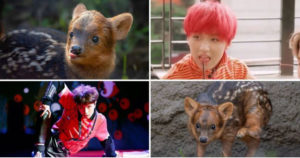 Name the pudu – photo courtesy of the LA Zoo 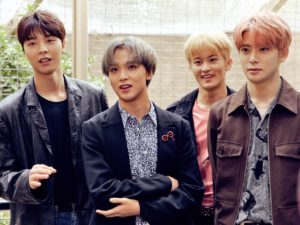