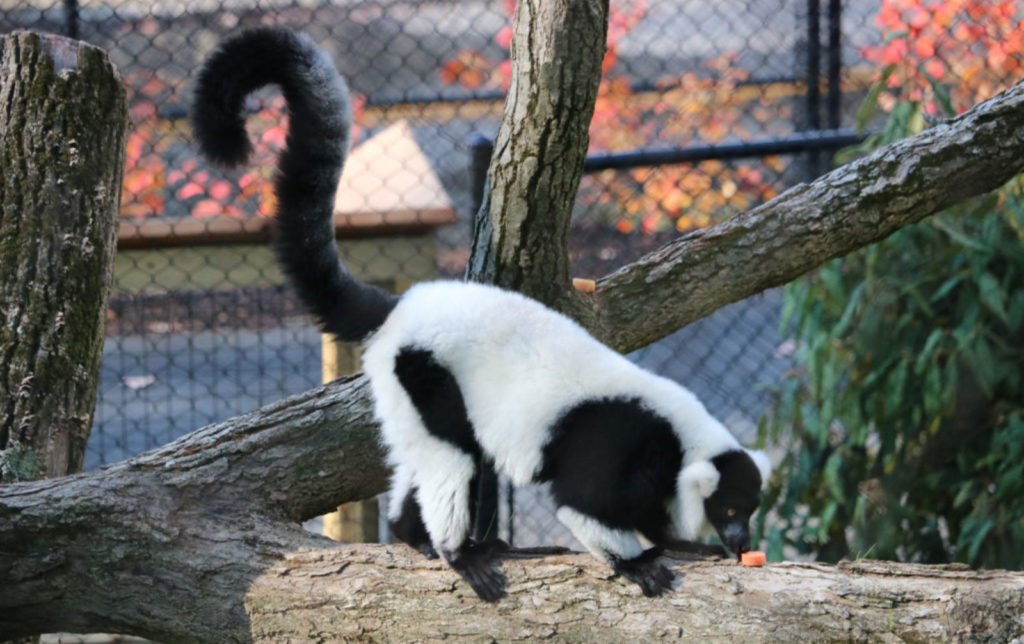 The Brandywine Zoo has three black and white ruffed lemurs: Rees, Amor Jr. (“AJ”), and Beans. They came from the Duke Lemur Center in October 2020.

Amor Jr. and Rees are fraternal twin brothers (born 5/17/2013), born at Duke Lemur Center, and Beans (born 5/5/2008) is unrelated to the boys and she was born at the Tulsa Zoo. They are a nonbreeding group and have been living together since December 2019 as a family unit.

They are threatened by deforestation caused by agriculture, mainly slash-and-burn farming, and from hunting for bushmeat, and the pet trade. Madagascar is an extremely impoverished country with many humanitarian issues which make wildlife conservation a challenge unless these issues are also addressed.

They are the world’s largest pollinators! They have a mutualistic relationship with the traveler’s tree because of their unique ability to open the tree’s flowers. They eat the nectar and the pollen sticks to the lemurs’ faces and gets transported to the next tree. Palm trees and hardwoods depend entirely on these mammals.

Other than howler monkeys, they are the loudest primate in the world! Their calls can be heard up to a ½ mile away.

There are two species of ruffed lemurs: red ruffed, and black and white ruffed. They are named for the “ruff” of fur that runs around their faces and chins. They are the largest of the lemurs.

The first release of captive-born lemurs into the wild involved black and white ruffed lemurs. They were released into Betampona Natural Reserve in Madagascar. 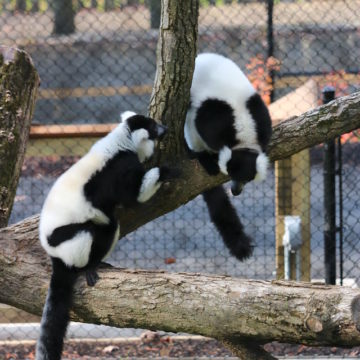 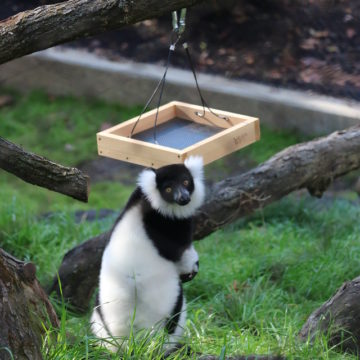 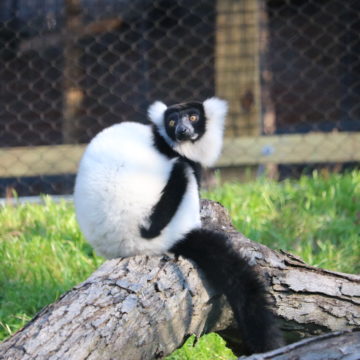 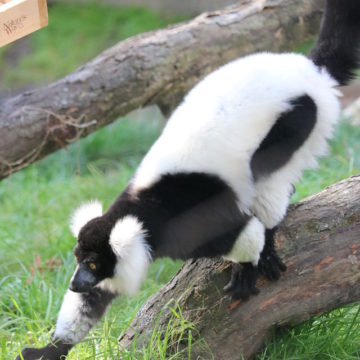 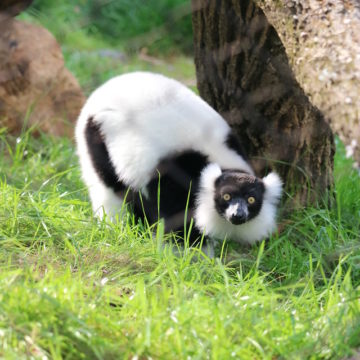 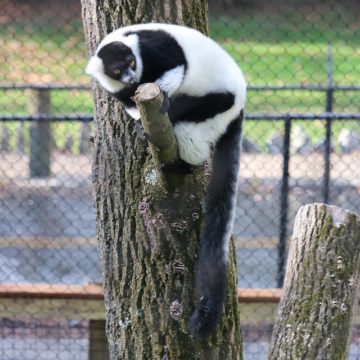 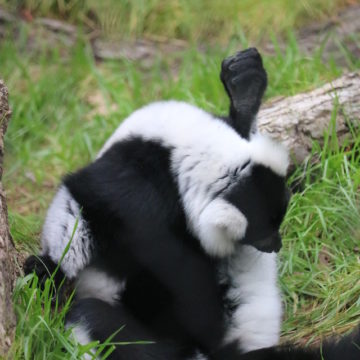 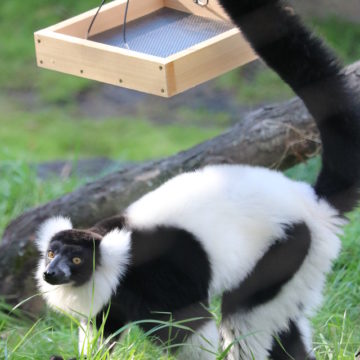 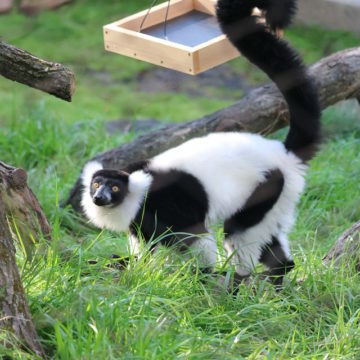 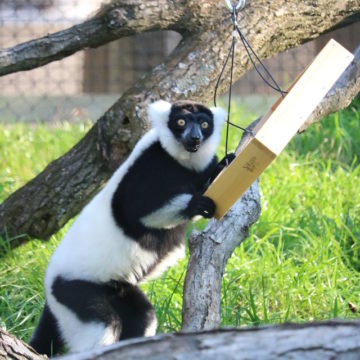