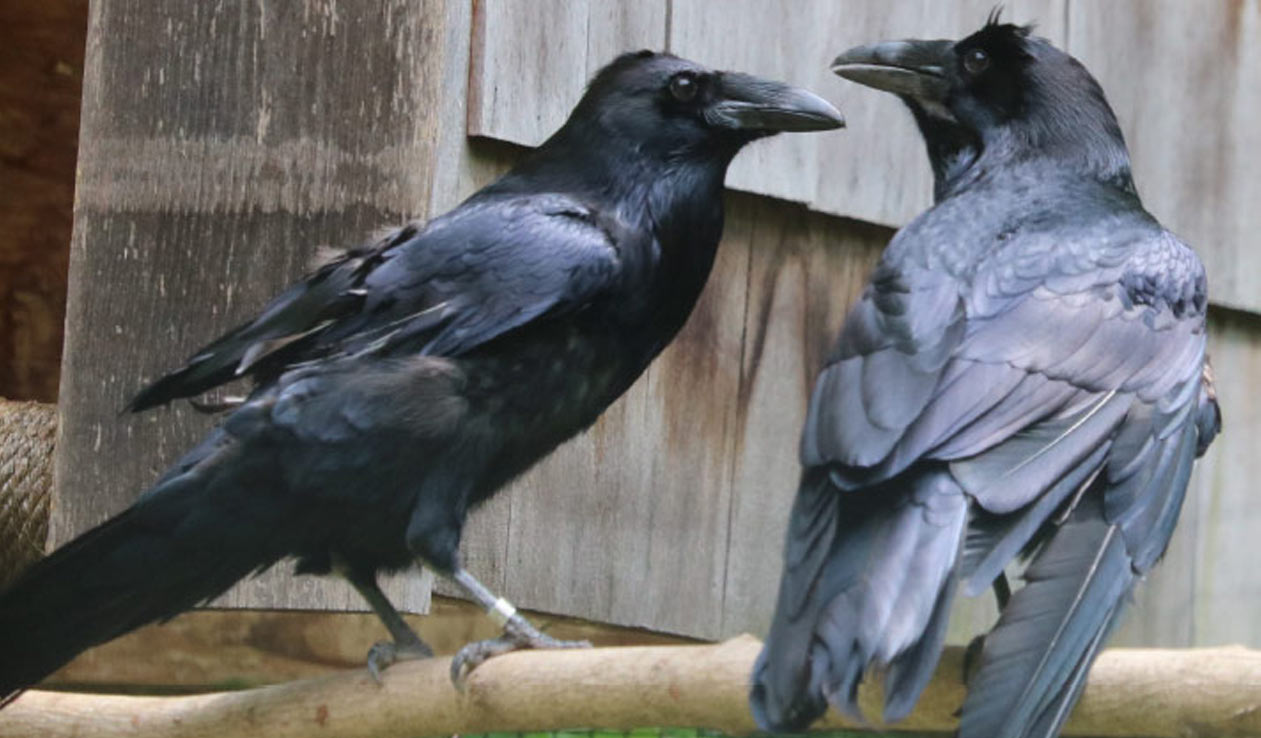 The Brandywine Zoo has two female Ravens. Kanga and Dichali were both acquired from the National Zoo, Washington D.C. on March 13, 2019. The were deemed unreleasable by Montana Fish and Wildlife. Kanga has a silver band on left leg. Dichali has no leg band, one wing “droops” more than the other.

GEOGRAPHIC REGION AND RANGE
Found on almost every continent, ranging from the Artic to the mountains of South America.

THREATS
When eastern forests were cut down in the nineteenth and twentieth centuries, ravens disappeared from most of eastern North America but they are beginning to return to the Northeast as forest cover regenerates. In much of their range, ravens are unwelcome: they have been shot at, poisoned, or harassed in attempts to preserve crops (and occasionally livestock).

REPRODUCTION
• Ravens are oviparous, meaning they lay eggs. They lay 3-7 eggs that are a greenish hue with olive or brown blotches.
• Male and female ravens are monogamous.

BEHAVIOR
• Ravens are known for their sophisticated intelligence which includes problem-solving, tool-use, and planning. They have passed logic tests that put them on par with those of apes!
• Their ability to cache (store and come back later) all kinds of foods is well documented by scientists!

SOCIAL STRUCTURE
• Ravens usually fly in pairs or in tight-knight family units- they’re not as social as their crow cousins who gather sometimes in the hundreds.
• They are known to work together to solve complex problems.

COMMUNICATION
• They are very vocal animals, with a very diverse set of calls and other, non-vocal sounds such as whistling and snapping their bill.
• Ravens appear to gesture to communicate – researchers have found that ravens point with their bill to indicate an object to another raven.

A flock of ravens is called an “unkindness.”

Ravens are the largest of the passerines – also known as “perching birds.”

Ravens are known to use tools and barter, making them as intelligent as parrots, great apes, and small human children.

Many people put out food (like peanuts) for ravens. Ravens have been known to form lasting relationships with these people, often leaving them “gifts” in exchange for food.

What are AZA Zoos doing for Common Ravens?

Many zoos like the Brandywine Zoo have rescued or rehabilitated ravens living under their care. Zoos across the country often give homes to injured and rescued wildlife who would not be able to survive without human care. 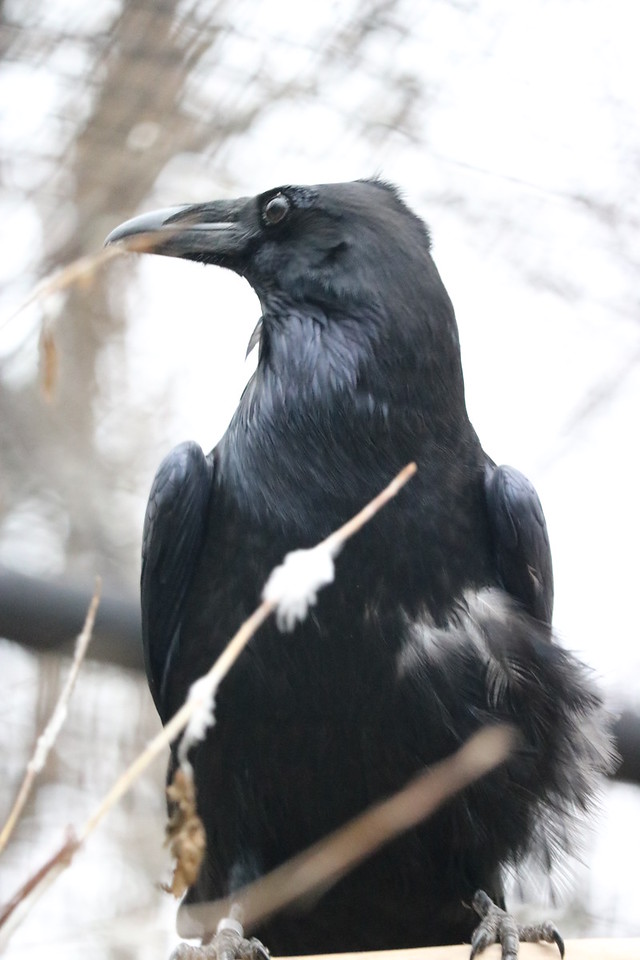