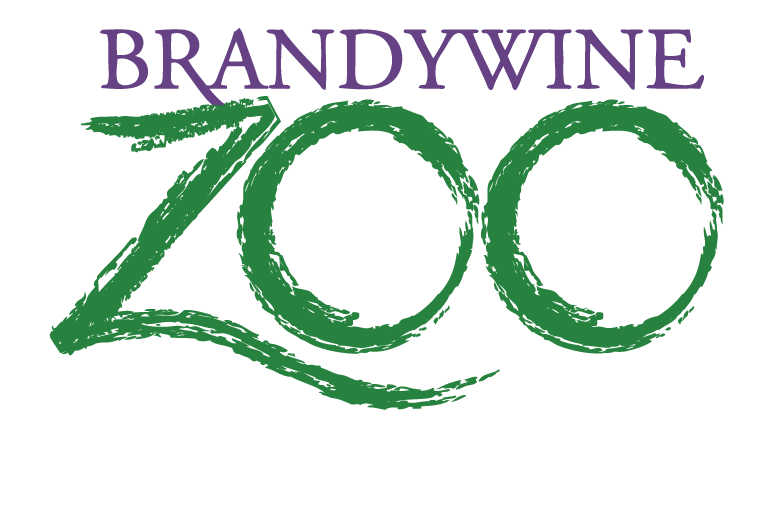 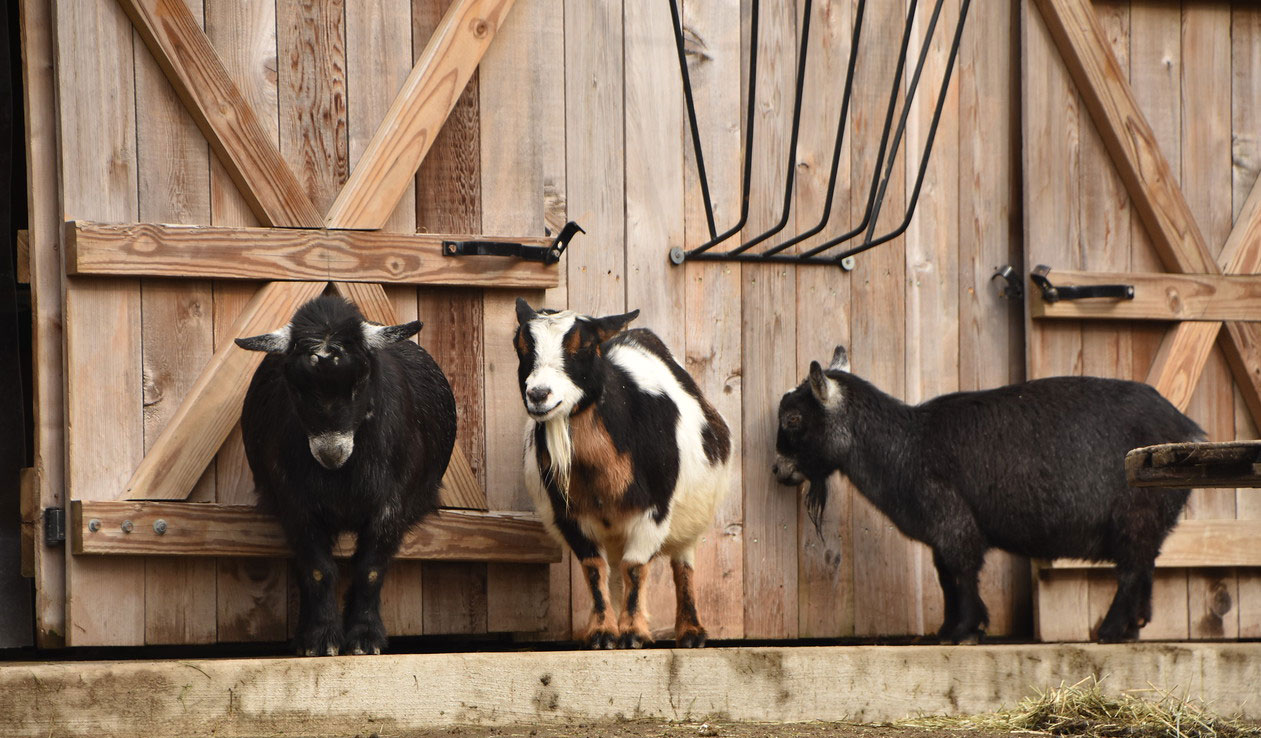 The Brandywine Zoo has a herd of goats made of five different goat breeds. Nike and Charleigh  are African Pygmy Goats. These twins were born on Feb 19, 2011. Brie, and her sons Monterey Jack and Colby Jack are Nigerian Dwarf Goats. Brie was born March 18, 2009 and is our oldest goat, while the twins “Monty” and “Colby” were born March 16, 2019. Spirit and Emma are both Angora Goats, but they are not related. Spirit was born Jan 29, 2016 and Emma was born Feb 2, 2019. Anglo-Nubian goats Daliah and Lotus, came to the Brandywine Zoo in 2022. Daliah is brown with black patches and Lotus is brown with white patches. San Clemente Island Goat, Bushmallow, is our newest resident. She was born on May 9, 2022 and she was sent from Miller Park Zoo in Bloomington, IL

HABITAT
Domestic goats can adapt to living alongside humans in almost every habitat.

GEOGRAPHIC REGION AND RANGE
Domestic goats can be found anywhere humans live; their wild counterpart (the bezoar) is mainly found in Turkey and Iran.

WEIGHT
Depending on their breed, domestic goats can range from 40 to over 300 pounds.

LIFESPAN
Under Human Care: Depending on breed 12-18 is common, though some domestic goats have lived over 20 years.

The conservation status of San Clemente Island Goats is listed as Critical by The Livestock Conservancy. This is the most threatened ranking for domestic animals in the US with less than 200 annual registrations.

REPRODUCTION
• Gestation usually last 150 days (about 5 months)
• Most goat breed will give birth to twins
• Goats living in northern areas mate in the fall, but those living in warmer areas can mate all year round.

BEHAVIOR
• Goats are excellent climbers, and are able to climb steep slopes and even into trees.
• They are very intelligent, with some scientists estimating they can be as smart as dogs.

SOCIAL STRUCTURE
• Goats are very social; living without other goats has been shown to cause stress
• They have a linear hierarchy that determines each individual’s rank and their access to food and mates
• Wild or feral goats have been seen living in herds of as few as 4 and as many as 300!

COMMUNICATION
• Goats use a range of noises, such as bleating snorting and sneezing. Young goats -called kids- have individual distress calls and bleats that allow their mother to identify and find them.
• During mating season males will pee on their face and legs to attract females with their strong smell.

Nigerian goats can produce over 1 liter of milk in a day! Their milk is very creamy and makes delicious cheese and yogurt. That’s why our Nigerian dwarf goats, Brie, Monty, and Colby, are all named after cheeses.

Goats have four stomach chambers to break down tough grasses and hay.

The earliest domestication of goats was 10,000 years ago in western Iran.

Goats in cartoons are often shown eating everything – even tin cans! Goats are only able to digest plant matter, but when food is scarce they might also eat paper products like cardboard or paper – like the labels on cans.

Goats are used for their meat, milk, fur, manure and for clearing overgrown plants like kudzu vine and poison ivy.

What are AZA Zoos doing for Domestic Goats?

As a domestic species, domestic goats do not need to be managed under a Species Survival Plan program. However, two distant cousins of the domestic goat – the Nubian ibex, (a desert dwelling goat species) and the Turkenian makor (also known as the screw-horned goat) are. These SSPs are conservation breeding programs that ensure genetic diversity and species health across all AZA institutions. 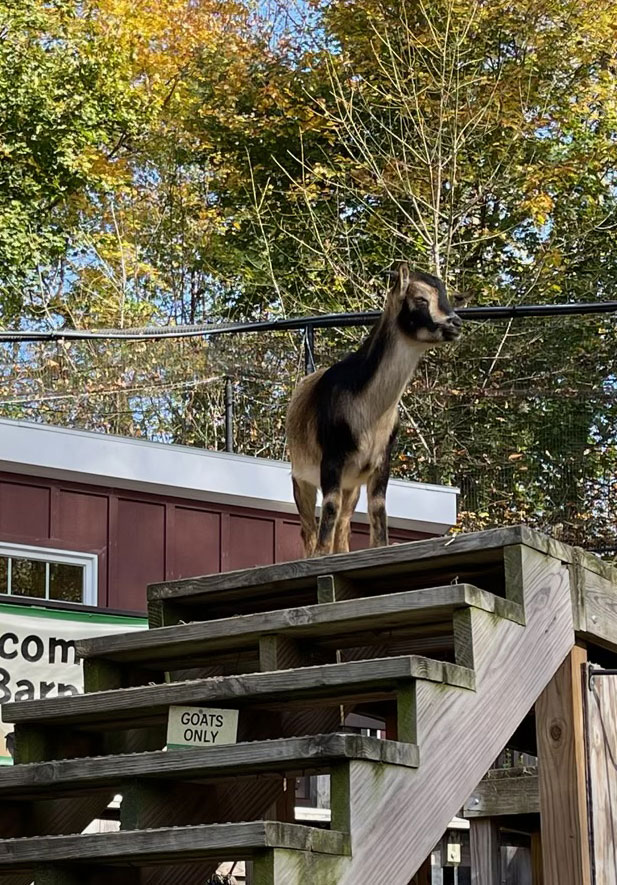 More images of our Domestic Goats 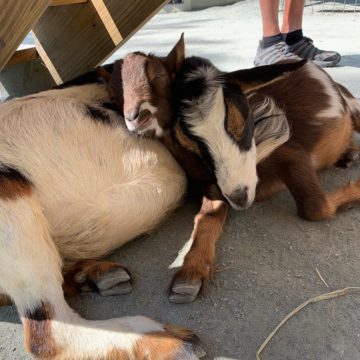 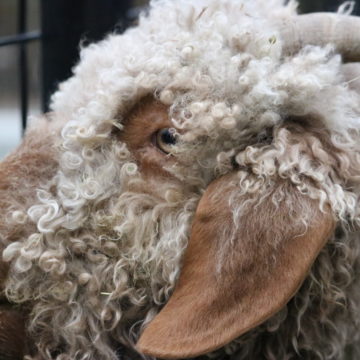 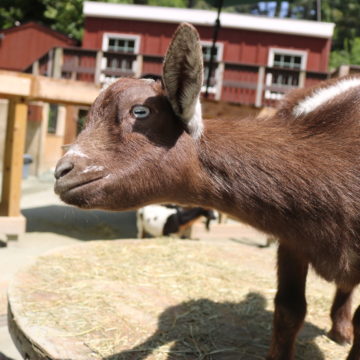 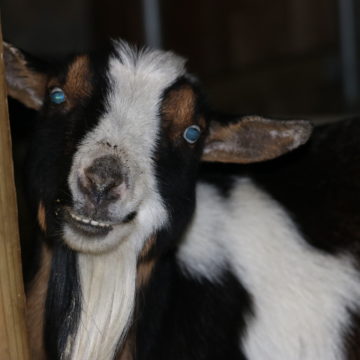 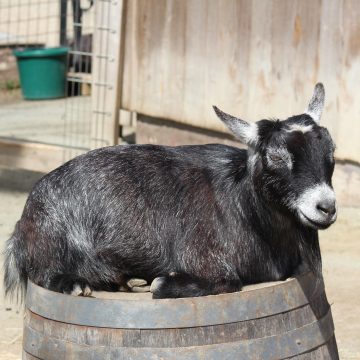 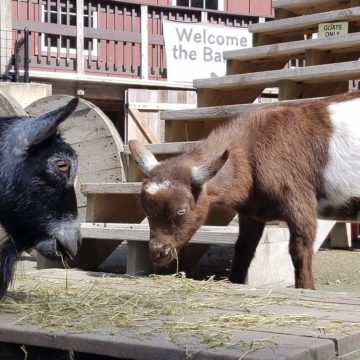 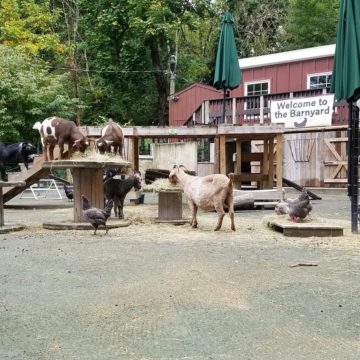 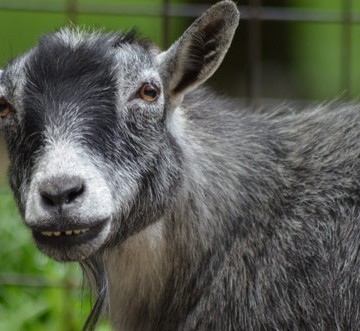 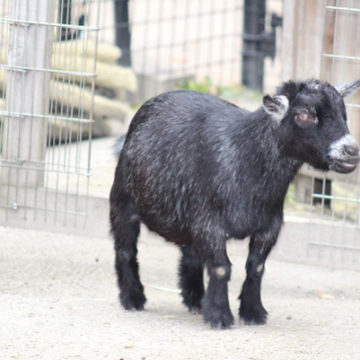