Brandywine Zoo programs change frequently to include new and exciting ZOOventures around every corner. The following are free programs with your paid admission.

Due to COVID-19, we are not currently holding these events.

Join our keepers for daily talks about the animals in the Zoo. Topics and animals change daily, so there’s always something new to learn about our wild friends!

Enjoy fun animal stories read by our own zoo story-telling team! Story time may include a craft, activity, or live animal presentation. Story time may be cancelled due to inclement weather. Stories change weekly.

WHEN: 10:30am; Thursdays, May–September
WHERE: Nature Playground

Please visit our Zoo to You Resource Center for online activities.

Learn through age-appropriate games, crafts, stories, activities, and live animal presentations. Toddlers, preschoolers, and their grown up can learn and play together! New themes each week.

Stop by our Creature Features for a close encounter with one of our zoo education animals. Meet a scaled, furry, or prickly friend, ask questions and learn more about these animal ambassadors who live at the zoo. Featured animals change daily.

Get up close and personal with some of our amazing Ambassador Animals here at the Brandywine Zoo!

The Brandywine Zoo is offering a new series of Sensory Friendly Hours for children and guests with Autism Spectrum Disorders (ASD) and sensory processing differences. The Zoo will open one hour early on the first Sunday of each month for Sensory Hour and staff will modify routines and sounds to give guests a more accessible experience during their time at the Zoo. Crowds during Sensory Hour will be smaller than a typical, busy weekend day.

Join us for one of our fun, upcoming family-friendly workshops! All programs are held in the Education Building, across the street from the main entrance of the zoo, unless otherwise noted.

Whether you’re in school, looking for a career, or just plain curious, join the Brandywine Zoo and a number of fascinating professionals for a mini-lecture series focusing on careers working with animals.  Speakers will discuss their career paths, what they do for their jobs, and hold a Q & A session after each presentation.

Each session featured three speakers.  Recordings of each session are available for purchase.

Fee: $8, $20 for 3 sessions (either for live participation or to view a recording of the lecture later) 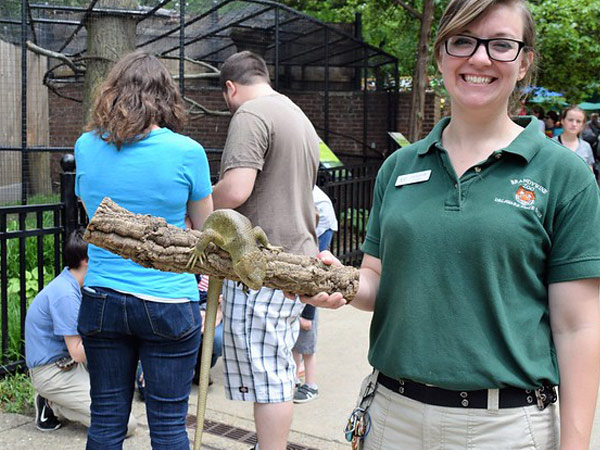 View our speakers from past lectures below.

View our speakers from past lectures below.

Bring a zoo animal to your Zoom (Skype, WebEx, or other platform) session anytime! Just send us the invite, and we’ll be there with the animals! We can join your work meetings, family phone calls, or your own virtual private party! Or we can provide a virtual place to meet for your special experience via WebEx. We recommend these programs be limited in their size (around 25 guest screens) so that everyone can participate!

Fee: 20 minutes with your favorite animal(s) at the Zoo is only $50 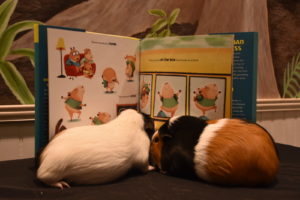 The Brandywine Zoo is thrilled to present our brand new Diversity Storytime series offered free all summer long! Join us Tuesdays at 10:30 am or Saturdays at 1:30 pm on YouTube or Facebook Live as we read stories about diverse kids, cultures, and animals.  Kids will love our fun stories presented by zoo educators and our adorable co-hosts, Machu and Picchu the guinea pigs!

Tuesday, June 8 & Saturday, June 12 @ 1:30pm: Julian is a Mermaid
Young Julian is riding the subway home with his abuela when he spots some fantastic ladies, they look just like mermaids! Julian decides to become a mermaid himself and dreams of swimming with the ocean creatures. His grandmother takes him to a festival where everyone is dressed just as wonderfully! Written by Jessica Love. This book features LGBTQA+ and minority characters.

Tuesday, June 15 & Saturday, June 19 @ 1:30pm: The Girl Who Thought in Pictures
The story of a young girl named Temple Grandin whose unique way of thinking about the world allowed her to connect to animals and change the way the world sees them! Written by Julia Finley Mosca. Featuring neurodiverse characters.

Tuesday, June 29 @ 10:30am & Saturday, July 3 @ 1:30pm: Harriet Gets Carried Away
Young Harriet loves costumes! She wears them everywhere! But when she wears her penguin costume to run errands with her dads, a flock of real penguins carries her away! Can she make it home? Written by Jessie Sima. Featuring LGBTQA+ and minority characters.

Tuesday, July 6 @ 10:30am & Saturday, July 10 @ 1:30pm: My Ocean is Blue
Join a young girl as she enjoys a day at the beach and describes the beach ecosystem in vivid detail! Her physical disability does not hold her back as she enjoys all that life has to offer. Written by Darren Lebeuf. Featuring differently abled characters.

Tuesday, July 13 @ 10:30am & Saturday, July 17 @ 1:30pm: Thanks to the Animals
Young Zoo Sap gets lost during the migration of the Passamaquoddy people to their winter home. He is scared, but all the animals of the forest care for him until his father arrives to rescue him. Written by Allen Sockabasin, a Passamaquoddy write. Featuring First Nations voices and characters.

Tuesday, July 20 @ 10:30am & Saturday, July 24 @ 1:30pm: Tully and Me
Join two turtles who live near a pond for their daily adventures! Tully the turtle is a little bit different, he likes to count things and doesn’t like noises. But his friends don’t mind that he’s different and learn how to make Tully feel comfortable. Written by Keeley A Shaw. Featuring neurodiverse characters.

Tuesday, July 27 @ 10:30am & Saturday, July 31 @ 1:30pm: Hank’s Big Day
Hank is a pill bug with a very busy life! He likes to play with his best friend Amelia, a human girl who wants to be a pilot! Written by Evan Kuhlman. Featuring minority characters.

Tuesday, August 3 @ 10:30am & Saturday, August 7 @ 1:30pm: Peanut Goes for the Gold
Peanut the guinea pig does everything their own way! And now Peanut is determined to become a gymnast! Written by Jonathan Van Ness. Featuring LGBTQA+ voices and characters.

Tuesday, August 10 @ 10:30am & Saturday, August 14 @ 1:30pm: Raven and the Loon
In a time before animals were what we now recognize, ravens and loons were both white. That is, until the bored raven hatched a plan to give his feathers some much needed color! Written by Rachel Qitsualik-Tinsley and Sean Qitsualik-Tinsley. Featuring Inuit voices and folklore.

Tuesday, August 17 @ 10:30am & Saturday, August 21 @ 1:30pm: The Tale of Rabbit and Coyote
How does poor Coyote keep getting into embarrassing situations? Because of Rabbit of course! Written by Tony Johnston. Featuring Mexican characters and folktales.

Tuesday, August 24 @ 10:30am & Saturday, August 28 @ 1:30pm: Miss Molly Learns Responsibility
Molly is out at the park when she discovers a stray kitten! She wants to keep it, but first her moms have to teach her about being a responsible pet owner! Written by Kathleen S. Pero. Featuring LGBTQA+ characters.

Tuesday, August 31 @ 10:30am & Saturday, September 4 @ 1:30pm: The Girl Who Loved Horses
In this Navajo story a young girl understands horses in a special way, and eventually finds her way to running free among them. Retold and illustrated by Paul Goble. Featuring First Nations stories and characters.

Calling all 3 to 5 year old animal lovers – our animals are all mixed up! Join us for the wildest Pre-K series in town. In this 5 week session, kids will help us sort and group some of our animal friends by their fur, feathers, scales, and more! Each week consists of a virtual class and materials for two children to complete with three self-guided activities. You can have your box shipped to you or you can pick up the box at the zoo.

Register by July 7, 2021. If you register after July 7, we can’t guarantee your box will arrive in time for the first class (but zoo pickup will be available).

EXPLORE THE ZOO WITH YOUR VERY OWN REFILLABLE BRANDYWINE ZOO EXPLORERS BACKPACK, COMPLETE WITH ALL YOU NEED FOR YOUR EXPEDITION AT THE ZOO.

Geared to elementary school age children, the backpack comes with a themed workbook and fun activities that can be done while at the zoo and when you get home. The signature zoo backpack also contains a snack and a drink. The zoo offers two new activity themes per month, so you can refill in future zoo visits and explore new animals and in each visit to the Brandywine Zoo. Wear your Brandywine Zoo Explorer backpack every time you visit  the zoo and be recognized as a true Zoo Explorer!

Backpacks are available for sale onsite at Zootique Gift Shop. 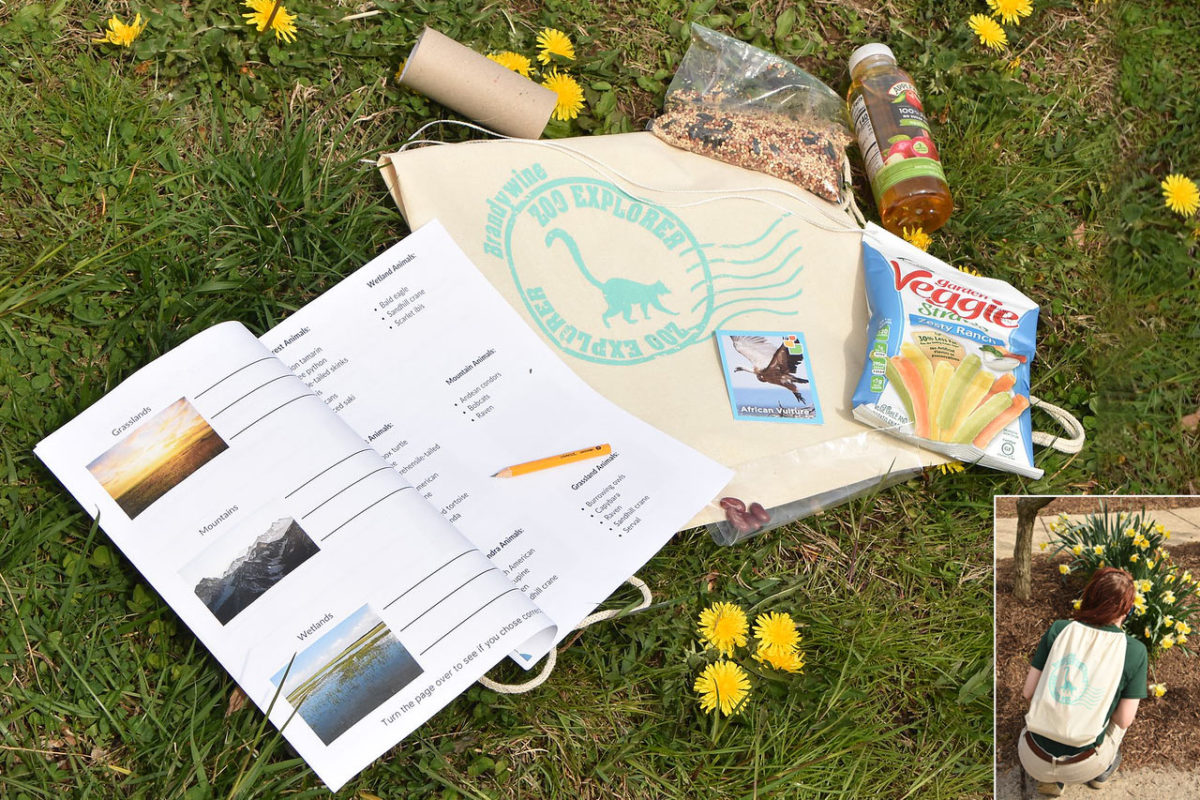 Who can participate: Current members of the Delaware Zoological Society. Guest passes may not be used for Member’s Only programs.

Two Sundays a month beginning April 11 at 10am

Join us for a member morning tour. Walk the zoo with an educator for a personal tour filled with fun wildlife facts and stories about our animals. Members should meet at the Front Gate to check in. Pre-registration required. Space is limited to 7 people. Check back for specific dates. 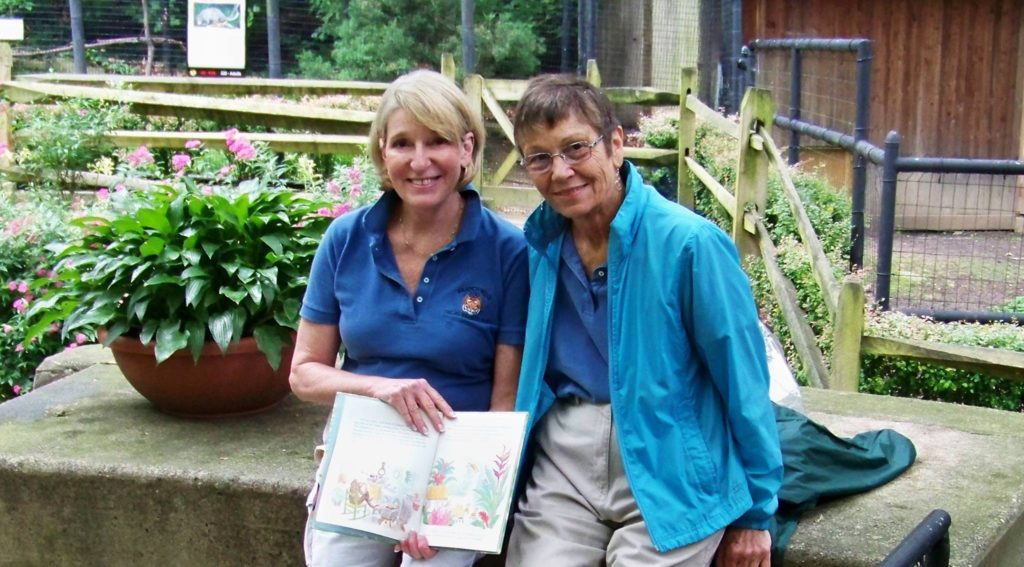 Due to COVID-19, we are not currently holding Storytime.

Enjoy fun animal stories read by our own zoo story-telling team! Story Time takes place in the Nature Playground area, inside the zoo, and may include a craft, activity, or live animal presentation. May be cancelled due to weather.

FEE: Free with paid admission to the zoo.

Day Cares, Schools, Camps, or similar groups
Want to bring a group to Story Time? Groups of more than 5 children must register for their own private Story Time program. Availability: on site, at the zoo on Thursdays at 11:15 am only.

Thanks to Our Sponsors

Due to COVID-19, we are currently not holding any indoor events.

Hot breakfasts of pancakes, sausage, eggs, and assorted pastries are generously supplied by Janssens Market. Breakfasts are also made possible with the support of Shoprite. 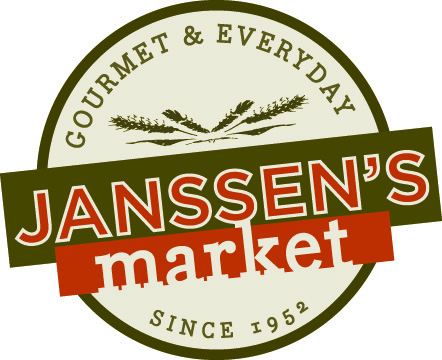 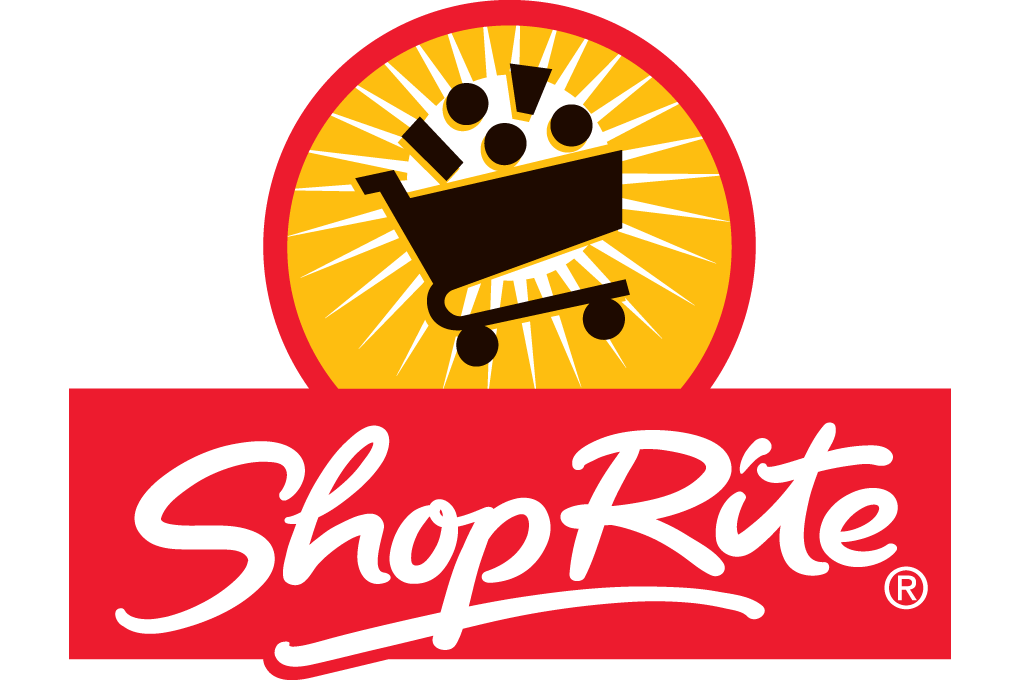 Join our Education eNews list and stay up to date on all our programs!